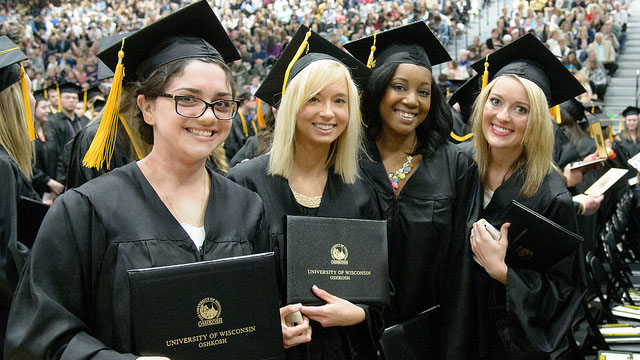 More than 900 people will become graduates of the University of Wisconsin Oshkosh at midyear commencement Dec. 15.

The 54th midyear commencement will be held at 9:30 a.m. at Kolf Sports Center, 785 High Ave. The ceremony is expected to last about two hours. 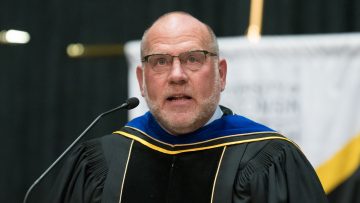 Provost John Koker will lead the ceremony—his first in his new role as provost and vice chancellor for academic affairs —presenting graduates, and UW Oshkosh Chancellor Andrew Leavitt will confer diplomas to the graduating students.

Thomas Scofield, a faculty member in the professional counseling department, will offer the commencement address; and Phillip Gruber, who will graduate from the College of Letters and Science with a major in biology, will offer comments as the graduating class speaker. State Representative Gordon Hintz will relay greetings from the state. 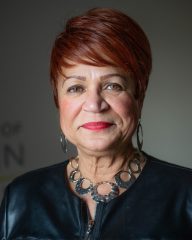 Sheila Knox will be recognized at the ceremony with an honorary doctorate degree. Knox is a member of the Oshkosh 94, the group of former Wisconsin State University-Oshkosh students who, on Thursday, Nov. 21, 1968—Black Thursday—expressed their commitment to inclusive ideals and goals for the institution with a demonstration in the office of administration. The Oshkosh 94 demanded improved experiences for students of color, were arrested and expelled from the University and the then-Wisconsin State University System.

Nearly 40 of the Oshkosh 94 were on campus a few weeks ago for the Black Thursday Remembered Commemoration —50 years later—and were presented with the Chancellor’s Medallion at that time. 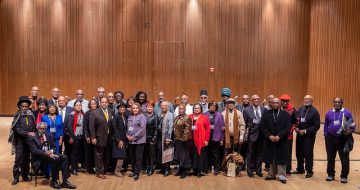 Following the ceremony, a reception for faculty and new alumni, their parents and guests will be held in Kolf’s lower level.

A  live, streaming video is available for those who cannot attend the commencement ceremony on campus. In addition to a live-streaming webcast covering the ceremony, attendees, online audiences, alumni and UW Oshkosh friends and followers alike are invited to join in on the conversation on social media with the hashtag #uwograd; follow the Commencement team on Facebook and Instagram.

UW Oshkosh midyear graduates join a large growing network of more than 90,000 alumni across the nation and around the world.