Welcome to Reeve Union! We hope you find Reeve a welcoming and safe place for hanging out with friends, getting involved, and learning outside the classroom. We are a student funded, student-run facility that welcomes all students, staff, faculty, alumni and their guests to participate in the programs, activities and services we provide. Our student and full-time staff work together to provide a lively environment with quality dining services and diverse experiences that foster learning, leadership, social interaction and healthy lifestyles for the UW Oshkosh students and community… working to bring campus to life!

Reeve Union has several departments that make up our whole organization:

We strive to provide the highest levels of service to the campus and community with programs, services and resources which bring people together to learn and share impactful, positive experiences.

To be the heartbeat of campus—fostering an inclusive and supportive community by enriching, inspiring and transforming lives. 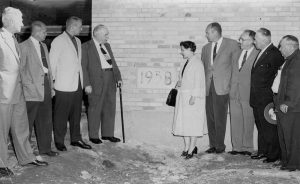 While it may not be known to many students and faculty, the Reeve Memorial Union we know and love today was not the first student building at Oshkosh. In 1949, a neighbor of the Oshkosh State Teacher’s College, Miss Mary Reeve Fraker, died and left her family home at 344 Algoma Blvd. to the college to be used as a student social space. Her only request was that the center be named after her grandfather, Thomas T. Reeve.

In September of 1951 the first Reeve Union opened and offered students a lounge with a television and radio, a snack bar and several dormitory rooms in the upstairs bedrooms for female students. Later a small bookstore was added.

Over the next several years the small Union proved to be inadequate for the growing needs and numbers of the student body. In early 1958, the Fraker house was demolished along with a few neighboring homes and the ground was broken for a new Reeve Memorial Union. In the summer of 1959, the new Union opened to the public with a proper dedication in the fall.

As the newest addition to campus in 1959, Reeve Memorial Union was considered to be a “dream come true” by both campus and the community.  The two-story building featured a game room in the basement that included billiards, ping pong and 12 game tables for students to enjoy cards, chess, and checkers. The first floor offered a large cafeteria, the college bookstore and a popular snack bar with juke box and fireplace for students to lounge between classes. After climbing a striking staircase – one that still exists today – students accessed the large ballroom, used primarily as a television lounge when special events were not scheduled. Off the ballroom, there was also a meeting room and a sundeck.

Despite the many amenities, the union quickly proved inadequate as new classes of baby boomers surged onto the Oshkosh State College campus.  In 1963 and 1964, construction crews tripled the size of Reeve Union adding over 60 new rooms including a host of new recreational, artistic and social opportunities including a large “Titan Room” snack area, a bowling alley and art and photo studios.

For over 40 years, the building created a fun and inviting atmosphere for students, faculty and staff. Once again, as students’ needs and enrollments grew and the college faced another decision to expand and improve the Reeve Memorial Union. In 2000, construction started on the renovation and addition of the Reeve Memorial Union we know today.

Digging Up the Past, Building the Future

In 2001 the dedication to the newly renovated and larger Reeve Memorial Union was celebrated. Continuing its role as the “living room on campus” the Union is buzzing with student activity during all hours of the day.  With the staircase of the original building still intact, the first floor features the Student Leadership and Involvement office where over 150 student groups and organizations call home, copy center, information desk, coffee house, bookstore, convenience store and food court. The second floor is dedicated to meeting space where some rooms are furnished with tables that are made from the glossy floor of the old bowling alley. The third floor houses the state-of-the-art Reeve Union Theatre which shows commercial movies, independent films, productions and lectures. Just down the hall is the Gail Floether Steinhilber Art Gallery where artwork from both students and select members of the community are exhibited. 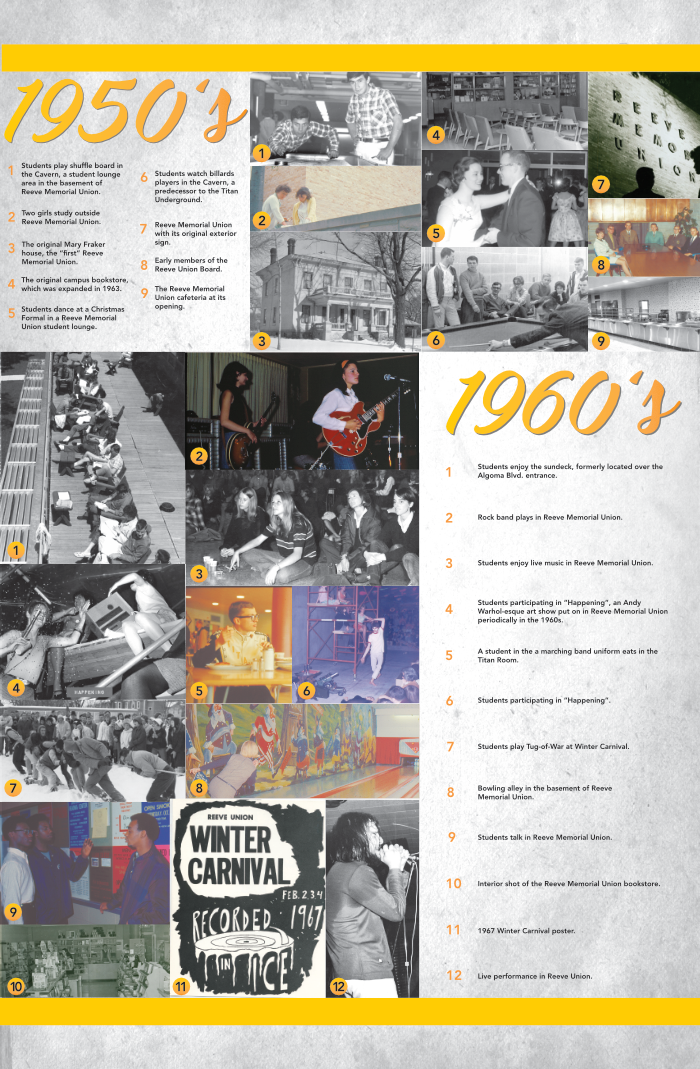 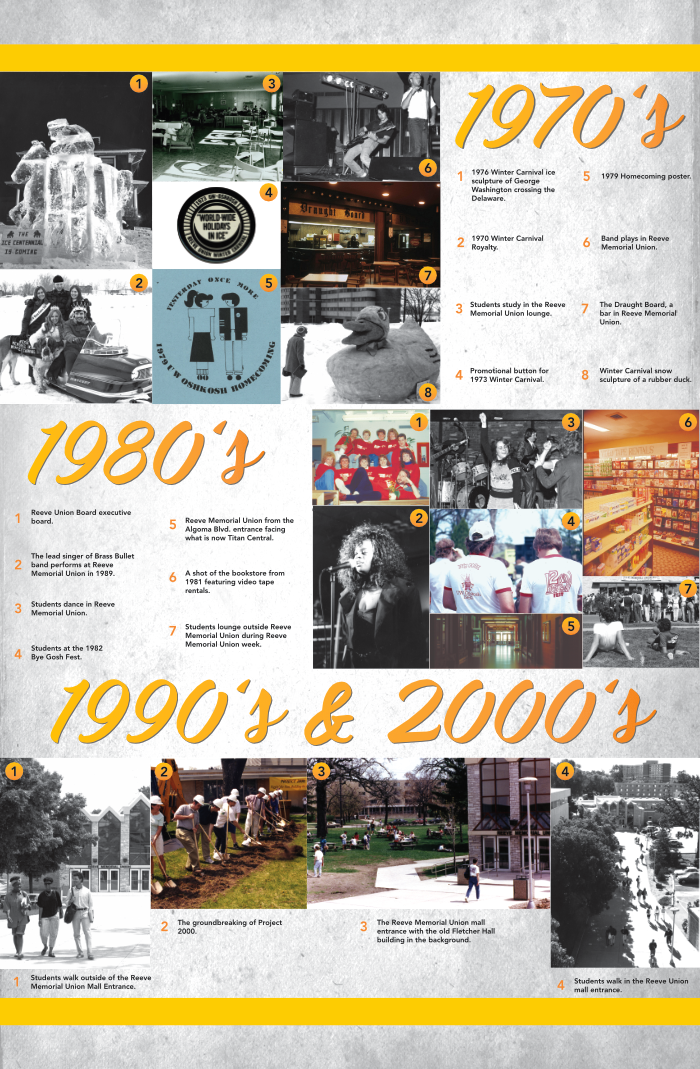