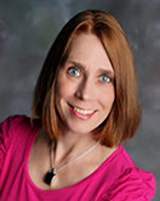 Benish has been an adjunct faculty member at UW Oshkosh since 1994, teaching a variety of news/editorial and advertising classes. She also serves as the Department of Journalism’s Internship Coordinator and organizes mock interviews between students and journalism professionals each semester. Since 2007, she has served as NEWSPA’s executive secretary.

Benish has worked as a newspaper reporter and editor at weekly and daily newspapers, and has interviewed former Presidents George Bush and Ronald Reagan. Today, as a freelance writer, she mainly covers aviation, conservation enforcement and education for both print and Web publications. She has interviewed actor Harrison Ford, Gen. Chuck Yeager, who was the first to break the sound barrier, and astronauts such as Heide Stefanyshyn-Piper, who took part in space shuttle missions to the International Space Station in 2006 and 2008.

Benish has twice been named an Appreciated Professor by UW Oshkosh students. 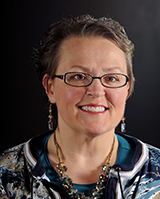 Cindy has been a member of the Classified Staff at the University of Wisconsin Oshkosh for over 31 years (she came to UW Oshkosh right out of kindergarten!). She currently can be found working in the Department of Journalism.

Cindy is thrilled to have the opportunity to make a true difference on campus by being involved with the many roles that classified staff have been afforded since 2000.  She has served as the chair of the Classified Staff Advisory Council (CSAC). She has been trained as a SAFE volunteer.  She has served on the CSAC Leadership Series Planning Committee, the CSAC Awards and Recognition Committee, the CSAC Grants Committee, the Administrative Support Team which works closely with the Registrar’s Office, and she is a Steward for the Wisconsin State Employees Union (WSEU).

Cindy loves to entertain, too. She has developed a reputation of “baker par excellence” among friends and co-workers. She also enjoys creating crafts and sharing her gifts with others.  Her home is a bit quieter now that her children are grown and exploring the world on their own. Many of the students who have worked with her over the years have considered her their “mom away from home”. Cindy believes in living each day to its fullest and that every moment in life should be savored.