Register for an Intramural Team

To recognize the residence hall that achieves the highest level of participation in the Intramural Sports program, UW Oshkosh’s former Chancellor Richard Wells endorsed the awarding of the Chancellor’s Cup trophy at the end of each academic year. Current Chancellor, Chancellor Andrew Leavitt, now endorses and awards this trophy.

Participation, not championships won, is sole determinant in earning this award.

This award reiterates a core aim of Intramural Sports which to foster participation and friendly competition among residence hall students.

Log in to learn how to participate and to see current standings. 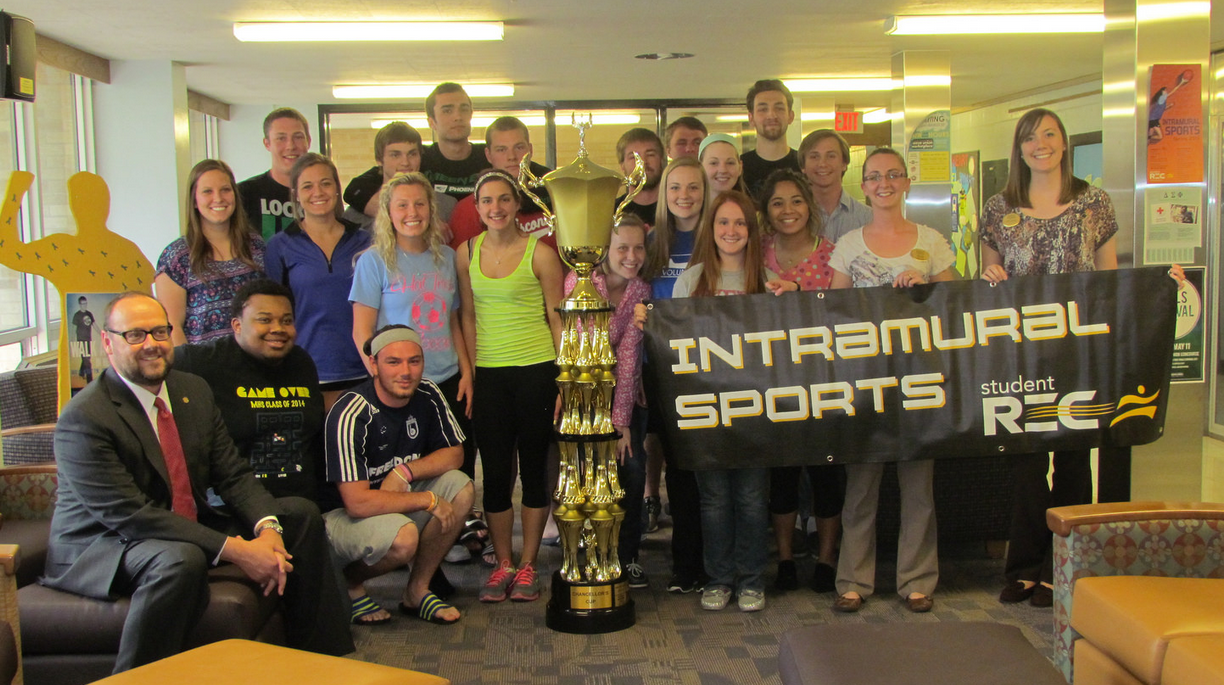