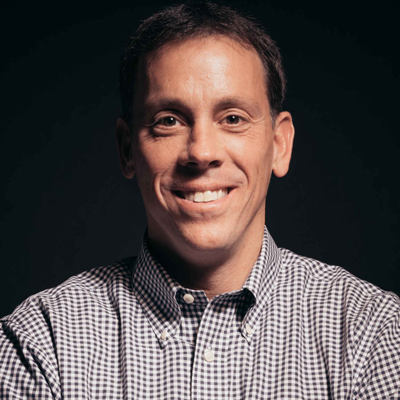 Jim VandeHei, the political journalist and media founder named one of Vanity Fair’s “100 Most Powerful Information Age Thinkers,” started his career at the University of Wisconsin Oshkosh in 1994 with a double major in journalism and political science.

“I came to Oshkosh lost, not knowing what I wanted to do with my life,” VandeHei said. “I thought I was a decent writer and had a curious mind. I thought I would try journalism out.”

Learning experiences in and outside of classes in the Department of Journalism, often personalized with advice from Department Chair Gene Hintz, helped VandeHei develop his skills. He has stayed connected with the department and university, which awarded him with the Outstanding Young Alumni Award in 2001 and an honorary doctorate in 2011.

VandeHei started out as a student with an interest in news and sports, and worked at the Oshkosh Northwestern covering high school sports. He also worked at a weekly newspaper in Brillion, Wisconsin.

Hintz encouraged VandeHei to not worry about his course assignments, but to focus on working at the Northwestern and learning the journalism craft. Upon graduation, VandeHei packed up and moved to the nation’s capital.

“I moved to D.C. because of my interest in politics,” VandeHei said. “There is no better place in the country to cover politics than D.C.”

He covered the presidency for the Washington Post and The Wall Street Journal, and Congress for Roll Call, where he broke national news stories.

In 2007, VandeHei and John F. Harris left the Washington Post and co-founded Politico to cover politics and policy. Politico became a national news leader, which today has 350 reporters, editors and producers across the U.S. and Europe. But VandeHei was ready for another challenge. In 2016 he left Politico to found Axios.

“Some of my friends and I decided to start up another company,” VandeHei said.

The January 2017 launch of Axios was exciting, especially since they had to move up the launch two days earlier than planned after securing an interview with president-elect Donald Trump.

The company launched with a mission statement that said, “Media is broken and too often a scam.”

As CEO, VandeHei helps with strategy on how to grow the company, topics for news coverage and ways to explain what’s happening in the world to readers.

“We wanted to build this company around smartphones so people who care about serious news can use their phone to see it,” VandeHei said.

“The things I learned back at Oshkosh have helped me on my journey so far,” he added. “The journalism department taught me to be skeptical, synthesize information and look for trends.”

VandeHei said he gets back to Oshkosh often since his family is still there, and no matter what he is still a huge Packer fan.

“The most fun part about my job is working with people who share the same passion as me,” VandeHei said. “Also seeing a small idea grow into a company that can generate millions of dollars and readers around the world.”