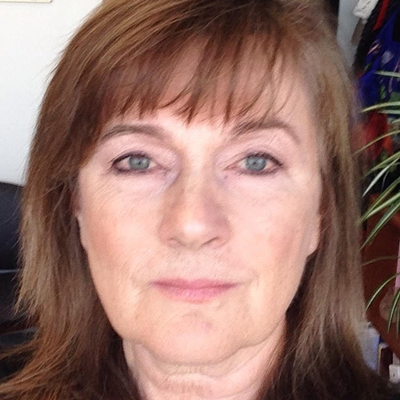 Linda Lord-Jenkins was studying to become an English teacher in November 1968 when the historic Black Thursday protest at the University of Wisconsin Oshkosh made national headlines and changed her career path to journalism.

She was working for the school yearbook that day, but the newspaper was short- staffed and she volunteered to help out in covering what would become known as Black Thursday. On that day a group of African-American students brought a list of demands to the university’s administration. When those demands were not addressed they took over the administration building and the president’s office and were arrested. That evening, a group of Black Panthers traveled from Milwaukee and took over the student union. Lord-Jenkins had a reporter’s view as the event unfolded.

Lord-Jenkins and an Advance Titan reporter “went into the Reeve Student Union where the Oshkosh police had set up . . . and the chief of police came in to meet us and said we could go with him as he walked down to what had been the student cafeteria,” she said. “Before we walked down there, I heard him say, ‘Where’s my gun? I need a gun. Someone get me a gun,’ because they feared violence. We walked down the long hallway to the dining room and there were officers in riot gear and shields every few feet on both sides of the hallway. And at that point, that was a whole heck of a lot more exciting to me and interesting to me than [teaching] English, and I changed my major.” 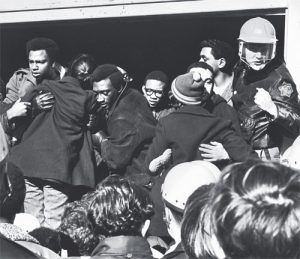 She joined the staff of the student newspaper as a reporter and worked her way up to production manager, then news editor, and finally A-T editor. While in school she also worked at The Paper for Central Wisconsin, a start-up morning newspaper owned by the Miles Kimball Company, which published from 1967 to 1971.

After The Paper closed she worked at the Oshkosh Bureau of the Appleton Post-Crescent as police and courts reporter during the week. On the weekends she worked on the Post-Crescent copy desk.

Lord-Jenkins graduated from UWO in 1974 and won the Distinguished Young Alumni Award in 1983 when she was working as editor for the Tundra Times newspaper, a statewide Alaska newspaper focusing on Alaska’s indigenous peoples. Her Tundra Times position led to her being featured on the cover of Savvy magazine, a publication focusing on professional women.

She said her favorite aspect about journalism is uncovering the unknown.

“In my years growing up, I read voraciously, and I always read mysteries,” Lord-Jenkins said. “I liked figuring things out and learning things that people may not know.”

Lord-Jenkins said Dr. David Lippert, a former Madison Capital Times and Milwaukee Journal reporter who was the first chairman of the Department of Journalism, molded good journalists and most influenced her career as a journalist.

“His hand guiding the journalism department was invaluable,” she said. “He had worked as a reporter and knew first-hand the important principles for all (people) working in the news business… so at that point in my life, he really affected my professional development.”

Dr. Lippert also had two other experienced journalists on staff as teachers, which contributed to the high, real-world standards found in newsrooms, she said. “The faculty’s experience and experience at the A-T or daily newspapers led to very interesting and educational classroom experience. Many of the folks in the program were working at or had worked at The Paper so they had real life experience. The classroom discussions got pretty lively.”

After school, Lord-Jenkins left Wisconsin and moved to Orlando, Florida, and, after a short stint on a small semi-weekly newspaper, landed a job as the Orlando Sentinel Star newspaper’s court beat reporter. She was later promoted to bureau chief, then assistant metro editor before she and her husband, also a journalist, moved to Alaska. There, she started a locally focused edition for the Anchorage Daily News and was then recruited to serve as editor for the Tundra Times. She left after three years and returned to job-share with another employee on the ADN copy desk part time while she raised her two sons.

In 1989 she was contemplating returning to school to get a teaching certificate when she learned about a job opening as an investigator in the Alaska Office of the Ombudsman. She was hired and worked as an investigator until the Alaska Legislature appointed her Ombudsman in 2002. She served three, five-year terms as the ombudsman and retired in July 2017, after 28 years in the office.

The ombudsman in Alaska and in other states and local governments accept and review citizen complaints against their government. When an ombudsman finds that a state agency or employee erred, she can issue official findings and recommendations to the agency.

Being an ombudsman “is like being a journalist; you ask questions about things you don’t know a lot about. You also write reports and folks don’t always want to answer your questions. But, as ombudsman you have the power of subpoena and access to otherwise confidential information,” Lord-Jenkins said. “And you find out a lot about what’s going on with government, which might be of interest to a great number of people.”

As an ombudsman, which is sometimes known as the “public’s watchdog,” she worked to ensure government offices and employees treated citizens fairly, reasonably, and in accord with statute, regulations, and policies.

She said she has never regretted giving up teaching English to become a journalist. “It was then and is now an essential part of our freedom.” She said her training and the many journalism jobs she had while in school gave her a leg up when looking for a full-time position.

But, she also “never regretted giving up journalism, because I really enjoyed helping out folks [in the ombudsman office],” said Lord-Jenkins.

Her investigations have resulted in the return of thousands of dollars to citizens who were overcharged when they bought homestead land from the state; and a major revision of the Alaska Executive Branch Ethics Act and ethics training for the state’s 14,000 state employees.

She issued highly critical findings of the Department of Corrections which, her office determined, had unjustly disciplined seven prisoners for an alleged escape plot based solely on the word of a prisoner who received special treatment for his bogus story. The seven prisoners, who otherwise had exemplary prison records, were moved to higher security prisons and put in solitary confinement for long periods of time but there was no evidence to support the “preposterous” story from the informant, said Lord-Jenkins. The investigation got the disciplinary penalties overturned.

Lord-Jenkins said the training she received at UWO taught her to keep questioning the subjects of her stories and not to simply accept a “talking point” proffered by a politician or spokesperson.

She said that she would advise journalism students to get as much experience in their craft as possible, by working at the student newspaper and seeking out jobs in newsrooms. “Because I worked at professional newspapers for more than three years while in school and worked at the A-T all that time, I left school with considerable experience and a great clippings file. That gives you a leg up on your craft and a lot of experience in learning how news organizations work.”

She also recommended students read national newspapers and news magazines known for the quality of their writing to learn to recognize good writing. “I read the New York Times, Washington Post, Chicago Tribune, LA Times, The Atlantic, New Yorker. The writing and reporting is exemplary,” she said, noting students and seasoned journalists can always learn from these publications.

She stressed that journalists must learn the writing craft and continue to hone their skills throughout their entire life. “Years ago a lawyer friend told me that if you can write, you can get a job anywhere,” Lord-Jenkins said. “It’s true.”