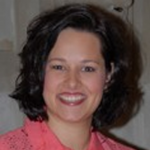 Theresa (Crogan) Krajnak, 2008 Outstanding Young Alumni Recipient, earned a Bachelor of Arts in journalism with a dual emphasis in public relations and advertising.

Krajnak has made her mark in media by working as the sales development executive for Home Box Office, Inc (HBO). Within this role, Krajnak “manages all point-of-sale tactics and point-of-sale client relations for the Time Warner Cable and Charter Communications call centers in Wisconsin,” according to UW Oshkosh Today.

Krajnak’s nominator, John Krajnak, wrote a letter of recommendation for Krajnak stating her qualifications for the award.

“During the past 13 years, Theresa has taken the skills she learned at Oshkosh and applied them as a professional and a volunteer,” John said in his letter.

Even after graduation, Krajnak continued to stay involved with and promote the university, John said.

“One of the things I believe is important with this award is how a nominee represents and promotes UW Oshkosh,” John said. “She has always been very vocal about her roots and how proud she is to be a graduate of UW Oshkosh. She personally lobbied to have UW Oshkosh be one of the test college/universities to participate in the on-campus marketing effort for the recent customer launch of HBO on Broadband. Please note that only five campuses were selected.”

“Theresa has proved herself to be a bright, strategic thinking, dedicated employee,” Power wrote in her letter of recommendation. “She has the huge responsibility of being the “face” of HBO to over 2,000 cable television employees in Wisconsin. Theresa designs and implements training and incentive programs to keep these employees excited about HBO programming, and to encourage HBO sales. She does all of this in an environment where cable employees are expected to sell a multitude of products along with cable TV, including high speed internet and digital phone services.”

Barbara M. Pandolfo, vice president of customer operations at Time Warner Cable – Wisconsin, said Krajnak was “pivotal in our successful launch of HBO on Broadband for Time Warner Cable- Wisconsin, the only location in the country to have trialed this new product.”

“Our successes in these areas, and more, are a testament to her creativity, enthusiasm, and drive for results,” Pandolfo said in her recommendation letter. “And, we would not have been considered for those trials for these revolutionary product launches if it hadn’t been for Theresa’s close involvement in our business.”

Kara Lamberti, vice president of affiliate sales with HBO, wrote that Krajnak did most of her work remotely while still working with colleagues around the country.

“I would also like to highlight Theresa’s dedication to her Milwaukee community and state,” Lamberti stated in her letter of recommendation. “For years I have admired Theresa’s ability to manage a tremendous workload remotely, partnering with colleagues in New York and various regional offices around the country while staying true to her home and family. Theresa is proud of Wisconsin and her alma-mater, and in fact made a difficult-to-establish and valuable connection with a Green Bay-based client who is also a UW Oshkosh alumnus.”

Not only has Krajnak taken on a great deal of responsibility at work, but she has at home as well, Lamberti said.

“Lastly, she is a proud mother of three young children, and manages the demands of her professional and personal life with unwavering stability and ease; if only I could make it look so easy,” Lamberti said.