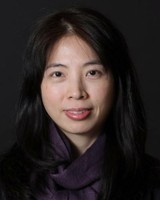 Shu-Yueh Lee joined the journalism department at UW Oshkosh as an assistant professor in 2009. Lee earned her Ph.D. in Communication and Information at the University of Tennessee in summer 2009. She holds two master degrees, one degree is in Radio and Television from National Chengchi University in Taiwan and the other in Information Media from St. Cloud State University in Minnesota.

Lee’s emphasis of study is in electronic media and converging media, and her teaching interests include digital and multimedia production, media and diversity, audience and media market research, research methods and theory.

Lee has worked in the media field since 1999. Prior to entering her doctoral program, Lee worked for a media research firm in Taiwan as an account manager who initiated, conducted and sold media research projects for radio stations, TV stations, newspapers and advertising agents.