Support the College of Nursing 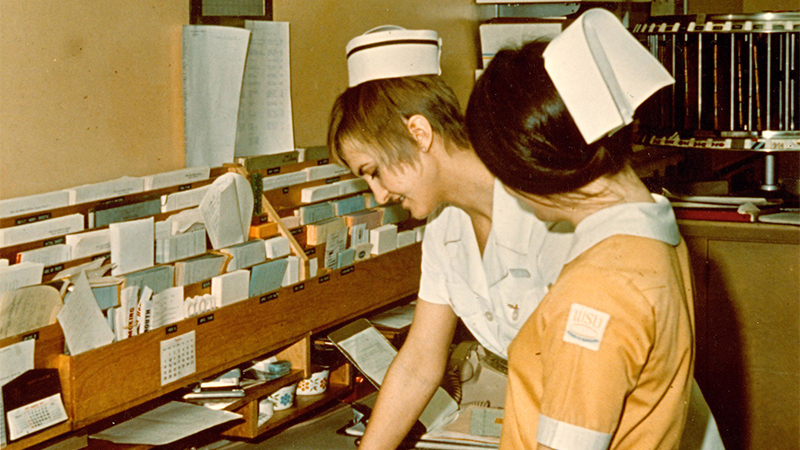 In 1966, the University of Wisconsin Oshkosh, formerly the Wisconsin State University Oshkosh, became the second public institution north of Madison and Milwaukee to instate a baccalaureate nursing program. The first nursing class had 30 students; 22 of them formed the first graduate class in 1970.

The College of Nursing quickly outgrew its original home in Pollock House, which contained the college’s offices, classrooms and a Nursing Arts Lab. The college relocated to the Nursing/Education building in fall 1970 and remains there today. 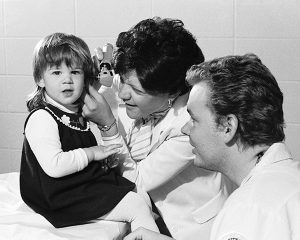 The first curriculum — comprised of 142 credits in eight semesters and two summer sessions — was uniquely organized around the nursing process, with an emphasis on the nurse-patient relationship and a focus on understanding the patient’s perception of illness and care.

In response to changes in the practice of nursing, the College of Nursing initiated a graduate program in 1974 and a BSN Completion Program for Registered Nurses in 1980. Student enrollment grew so rapidly that by 1973, enrollment was limited to 150 students per year. Due to the increased enrollment of registered nurses seeking a baccalaureate degree, the number increased to 180 in 1981. 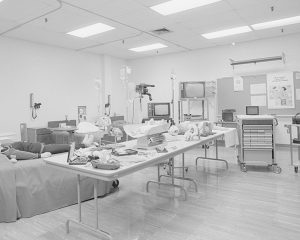 Continually evolving to meet the advances in the healthcare industry, UW Oshkosh’s College of Nursing has since developed new and innovative program offerings, including collaborative RN to BSN completion programs, an Online Accelerated BSN program and a Doctor of Nursing Practice (DNP).

Advancements in technology have allowed the college to provide students with numerous opportunities to hone their nursing skills. Students learn crucial nursing skills with actual hospital equipment and supplies and practice on high-tech, computerized mannequins. The curriculum has evolved to incorporate evidence-based practice and cultural competence to prepare nurses for today’s global healthcare industry.